The club shall be known as The Green Star Canoe Club, hereinafter known as THE CLUB

The aims of the Club are:

* To get as many people as possible, of all ages and abilities, enjoying the sport and recreation of canoeing,

* To provide an environment and the basic essential equipment to enable members to extend their skills and enhance their individual performance, with due regard to safety,

* To encourage members to teach others and thus pass on their skills and expertise,

* To encourage fair play and consideration for the feelings of others.

3.1 Qualification: Any person who undertakes to behave in the best interest of canoeing shall be eligible for membership.

b. Family Members … The spouse and/or children under 16 of a full member.

c. Junior Members … under the age of 16. Those under 8 will only be admitted if an adult responsible for them is present when they take part in club activities.

3.3 Election: Candidates for election to membership shall make written application to the Secretary of the Club on the form provided. The power of election shall rest with General Committee, who may refuse to elect membership to any applicant without assigning a reason for doing so.

3.4 Restrictions: A person who has been excluded from, or refused membership of, the British Canoe Union, shall not be eligible for membership.

3.5 Acceptance: The General Committee may at its sole discretion decline to accept renewal of membership from any person, without disclosing the reason.

The rates of subscription shall be determined by the members in General Meeting and shall be due on election and, thereafter, on or before October in each year.

Members joining after April shall pay half the subscription, up to the next October following.

5.1 Any member may resign giving one monthís clear notice in writing to the Secretary.

5.2 Any member violating any of the rules or regulations of the Club or being judged guilty of unsatisfactory conduct may, by resolution of the General Committee, be suspended or expelled. Any member so suspended or expelled may appeal to a Special General Meeting if their appeal is sponsored by no fewer than five members who are entitled to vote.

5.3 A member shall be deemed to have resigned from the Club if, after due notice in writing, he/she has not paid by one year afterwards the annual subscription which became due on 1st July of the previous year. He/she may, however, rejoin at any time.

7.1 The Club may organise various Sections to cover the various activities of canoeing.

7.2 The affairs of each Section shall be conducted by a sub-committee of up to ten members of whom the Section Leader or his/her deputy shall serve on the General Committee.

8.1 Only members who are entitled to vote are eligible to hold office: that is Full members and Family members over the age of 16 years.
Except that the Junior members of the club may elect a Junior Representative (who may be separate from the Junior Section Leader) from among the full, family or junior members of the club to represent their views to the General Committee, but who may not vote on the General Committee.

8.2 Any member who is under the age of 16 years shall not be eligible for election to the General Committee of the Club.

8.3 Any member of the General Committee or a Section Committee who has a financial interest in any subject under discussion by the Committee shall declare his/her interest and abstain from voting on that subject.
9
GENERAL COMMITTEE

9.2 Nominations for the positions of Chairperson, Hon. Secretary, Hon. Treasurer and other officers shall be put forward to the Secretary at least seven days before the election.

9.3 The General Committee shall elect a Vice Chairperson from amongst its number.

9.4 The terms of office shall be for two years, and members shall be eligible for re-election.

10 DUTIES OF THE GENERAL COMMITTEE

10.3 Hon. Treasurer: The Hon. Treasurer will be responsible for the collection of all monies including subscriptions and shall keep such books of account as required by the General Meeting. He/she shall have the power to examine, after giving one weekís notice, the books of any Section, and shall report any discrepancies to the General Committee. The Hon. Treasurer shall audit the books of each section annually and shall produce at the AGM balance sheets showing the financial state of each Section and of the General funds, accompanied by the Hon. Auditorís report. Cheques should have at least two signatories. The signatories shall not be related. The Treasurer must make the committee aware of any existing or potential financial or cash flow problems.

10.4 Duties of other Officers: Officers may be elected to be responsible for the following duties.

10.4.3 Newsletter Editor: A Newsletter editor shall be elected who is responsible for producing a regular bulletin.

11.1 The General Committee is responsible for the general conduct of the Club’s business and activities.

11.2 The General Committee shall meet at regular intervals during the year, as required by the business to be transacted.

11.3 Special meetings of the General Committee shall be called by the Hon. Secretary on instructions from the Chairperson, or on the instructions of not less than three Committee members.

11.6 In the case of casual vacancy amongst the General Committee, the said Committee shall appoint another eligible person to act until the next AGM.

12.1 The Section Committee shall each consist of a maximum of 10 members elected by the section concerned, one of whom shall be the Section Leader.

12.5 Section Committees shall meet at such intervals as are required to satisfactorily conduct the business of the Section, or upon demand, by requisition signed by not less than twenty percent of members of the section committee.

13.1 An Annual General Meeting shall be held in the autumn of each year. A statement of accounts, made up to the 30th June immediately preceding the AGM, shall be laid before the meeting.

13.2 An Extraordinary General Meeting shall be called on the instructions of a simple majority of the General Committee or on a requisition signed by no less than 10 members of the Club entitled to vote.

13.3 Not less than 21 days clear notice shall be given, specifying to all members the time, place and business of the General Meeting.

13.4 Motions for discussion at the Annual General Meeting, not of origin from within the General Committee, shall be lodged with the Hon. Secretary at least seven days before the AGM, and be signed by 5 members entitled to vote.

13.5 At any General Meeting, a resolution put to the vote of the Meeting shall be decided by a show of hands of those entitled to vote, except when more than one nomination has been received for a position of the General committee, in which case voting will be by secret ballot.

13.6 At all General Meetings the Chairperson will preside or, in his/her absence, the voting members present will elect a Chairperson for the meeting.

13.7 At all General Meetings not less than twenty percent of the members of the Club shall constitute a quorum.

14.2 All members or other persons who attend club tours, meets or other activities do so at their own risk, and neither the Club nor its officers can accept any liability for any loss or injury of any kind sustained during any Club activity.

Only full members, and family members over the age of 16 years are entitled to vote at all meetings.

16.1 This constitution shall not be altered, amended, or rescinded except by a General Meeting of the Club.

16.2 A resolution to give effect to a change must be passed by at least 75% of the members present at the General Meeting, and voting on this behalf.

Every Annual General Meeting shall appoint an Hon. Auditor who shall at least once in every year examine the Accounts of the Club, and ascertain the correctness of the income and expenditure accounts and of the balance sheet.

18.1 In no circumstances except those detailed in 18.2 can any profit be distributed to members, but any profits earned shall be contributed to a General Fund for furthering the objects of the Club.

18.2 The Committee may pay an annual hire charge to members who place their personal equipment on loan to the Club for at least a year continuously. The Committee shall determine the amount of the charge.

The Club shall not terminate except by a resolution of a Special General Meeting convened for the purpose and, in such an event, any surplus assets owned by the Club shall be handed over to a body or bodies with similar aims or to a charity or charities agreed by the meeting which formally terminates the Club.

The General Committee shall be empowered to draw up rules and guidelines for the safe conduct of canoeing activities under the auspices of the Club.

Each member upon joining shall sign the following declaration:

Upon acceptance into membership of the Green Star Canoe Club I understand that canoeing is undertaken at my own risk. I confirm that I do not suffer from any disability or mental condition which may render me unfit for strenuous exercise. *

* If you have a medical condition, this will not necessarily stop you from becoming a member or taking part, but you must declare it.

* If you are in any doubt about your health in relation to canoeing, ask your family doctor for advice. 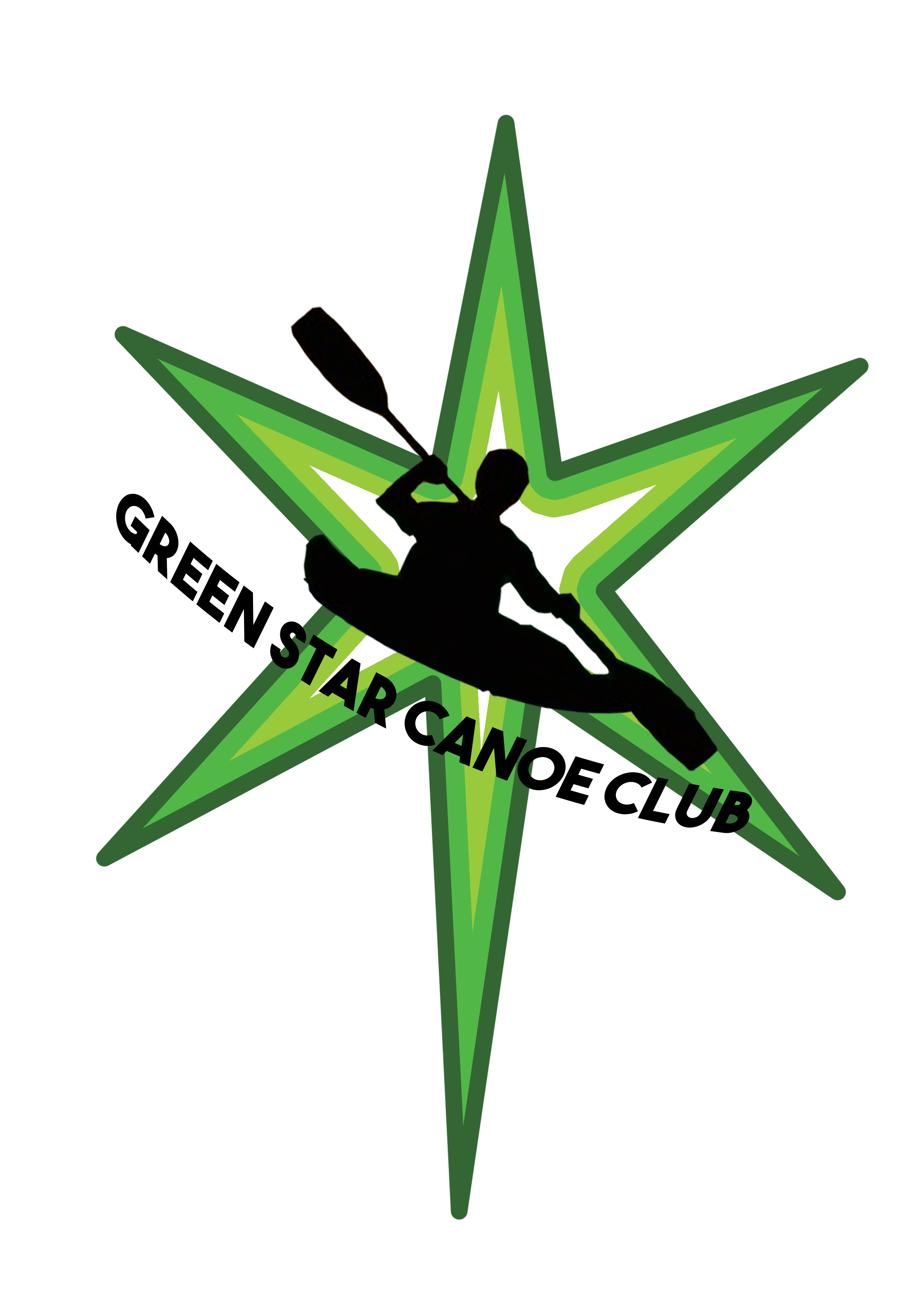 Green Star Canoe Club is an all round canoeing and kayaking club based in Doncaster. We offer canoe slalom, polo, freestyle and river running events.

01302535941 esther.mathews@btinternet.com 17 Partridge Flatt Rd, Doncaster, DN4 6SB
This website uses cookies to improve your experience. We'll assume you are okay with this, but you can opt-out if you wish.
Cookie settingsAccept
Manage consent

This website uses cookies to improve your experience while you navigate through the website. Out of these, the cookies that are categorized as necessary are stored on your browser as they are essential for the working of basic functionalities of the website. We also use third-party cookies that help us analyze and understand how you use this website. These cookies will be stored in your browser only with your consent. You also have the option to opt-out of these cookies. But opting out of some of these cookies may affect your browsing experience.
Necessary Always Enabled
Necessary cookies are absolutely essential for the website to function properly. This category only includes cookies that ensures basic functionalities and security features of the website. These cookies do not store any personal information.
Non-necessary
Any cookies that may not be particularly necessary for the website to function and is used specifically to collect user personal data via analytics, ads, other embedded contents are termed as non-necessary cookies. It is mandatory to procure user consent prior to running these cookies on your website.
SAVE & ACCEPT